Are you considering buy-to-let Manchester property? The unofficial capital of the North is the fastest growing city outside of London, attracting a wealth of young, highly skilled professionals to the city thanks to the vast amount of opportunities on offer.

Manchester is at the forefront of the North’s exponential growth in recent times, leading the way when it comes to things like economic growth, property prices and rental income. This trend is expected to continue for years to come as Manchester continues to prove itself as one of the finest buy-to-let hotspots not just in the the UK, but the entire world.

Greater Manchester’s ten boroughs combined have a gross value added (GVA) of £62.8bn, the largest city region economy outside of the capital. The city is set to continue in this vein moving forward, with Oxford Economics forecasting that Manchester will see the largest increase in economic growth across all major UK cities in the next five years – totalling a GVA growth of an impressive 16.4%

Manchester’s population has massively increased in recent years which has, in turn, further increased the demand for housing in the city. This increase in demand has seen property prices soar, increasing by an impressive 8% in the last 12 months, and prices look set to continue to do so for the foreseeable future.

The city’s rental market has performed in a similar vein to house prices over the last few years, with rental values set to increase by 15.9% between 2022-2026 according to JLL, thanks to the vast number of young professionals moving to the city.

Whilst already extremely well-connected, transport to and from Manchester is only expected to improve with the addition of the the HS2 high speed rail line, which will cut travel times even further, putting Manchester just over an hour away from London.

Manchester will see the largest increase in economic growth across all Major UK cities in the next 5 years – totalling a GVA growth of an impressive 16.4%. (Oxford Economics)

The upcoming HS2 high speed rail line puts Manchester just over an hour away from London.

Are you interested in investing in Manchester buy-to-let properties? Get in touch with us today! 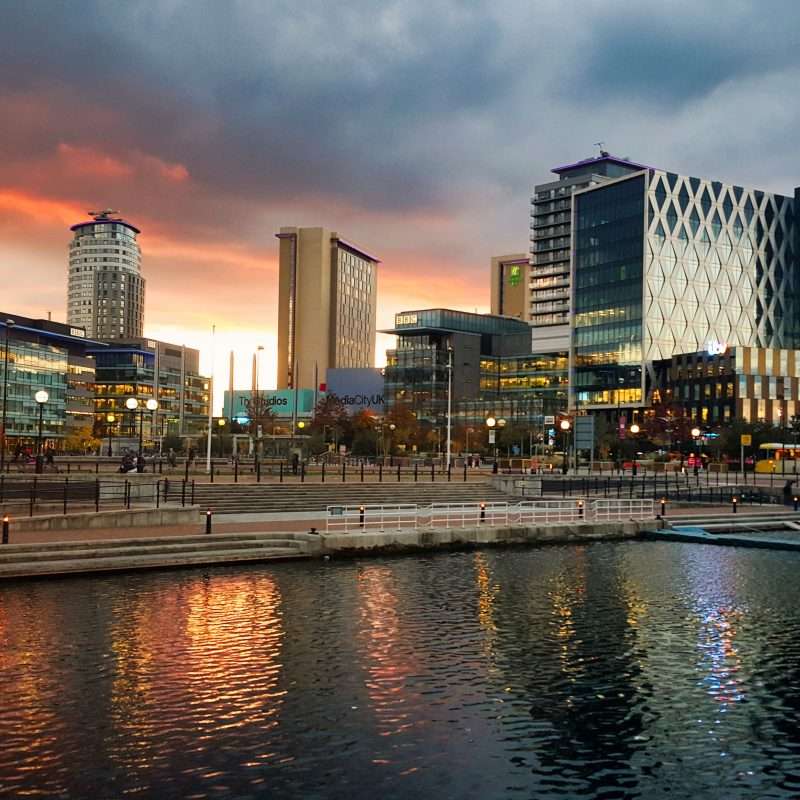 Can I live in my buy-to-let property?

How much do you need for a buy-to-let?

The cost of a buy-to-let differs based on a number of factors, with each individual application would be subject to the circumstances of the investor and each investor would be subject to undergo valuations to be considered for a mortgage on the property. Here at Knight Knox, we have buy-to-let properties starting from just £82,500, feel free to take a look at our investment opportunities here.

What is a good rental yield in Manchester?

Property investors aim to achieve a rental yield that is around 5-8%, this should provide landlords a reasonable return of investment and cover necessary expenditure. According to About Manchester, the average rental yield stands at 5.45%, one of the highest in the UK. As Manchester’s economy continues to grow and more and more people move to the city rents will only go up. According to JLL, rents are set to increase by 15.9% in the next 5 years as Manchester continues to showcase its impressive investment potential.

Is Manchester a good place to invest in property?

Manchester is consistently ranked as one of the best cities to live in in the UK and is home to many attractions. There are five universities in the city which all experience a high student retention rate, meaning that demand for rental properties is only going to increase. In addition to this, there are many attractions that appeal to people from across the UK, which results in the growth in demand for property. In the previous five years, the average Manchester property has increased by 35.4% according to Zoopla, one of the highest of every major UK city. These growth levels mean there’s a large opportunity for capital investment in Manchester, giving even more reason to invest in Manchester buy-to-let. Find out more here!

We have properties available across the UK’s leading buy-to-let locations, including Manchester, Liverpool, Sheffield and more.