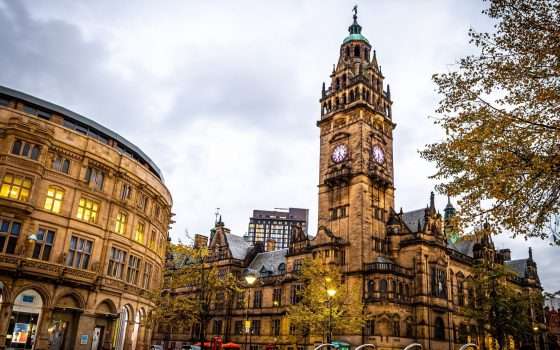 Should you consider investing in buy-to-let Sheffield property? The Steel City is know across the country thanks to it’s integral part in the industrial revolution, but fast forward to today, and the city has completely transformed itself into an excellent place to both work and live thanks to the extremely desirable lifestyle in the city. Residents can enjoy an enviable mix of stunning natural landscapes and outdoor activities paired with a compact city centre featuring amenities like shopping malls, markets, bars, restaurants and more.

Sheffield is quietly becoming one of the most exciting locations for buy-to-let investment in the UK thanks the city’s below average property prices, above average house price increase forecasts and a booming rental market. The city was recently awarded the full £37m requested from the Government’s Levelling Up Fund, looking set to continue it’s impressive growth for the foreseeable future.

The Steel City is famous for its historical industrial prowess that has paved the way for the highly skilled workforce of today which forms the backbone of the booming business sector in the city. Being one of the most centralised cities in the UK, the Sheffield city region has a thriving economy and currently boasts a gross value added (GVA) of £11.3bn, and with numerous regeneration plans underway it is set to increase even more in the coming years.

According to Plumplot, there are an estimated 1.4 million residents in Sheffield, up 10.7% since 2002. This increase has seen demand for housing increase exponentially and push house prices in the city up, with prices increasing by an impressive 14% in the last two years. Despite this, they are still below the national average, and with prices in Yorkshire and the Humber set to increase by 18.8% in the next five years, there is massive potential for capital gains in the city.

Sheffield is home to one of the finest student property markets in the country. Home to two of the UK’s leading universities in the form of the University of Sheffield and Sheffield Hallam University, the city is one of the most popular locations when it comes to higher education – with over 60,000 students currently studying in Sheffield. It benefits from a lower cost of living then most (10% lower than the country’s national average and 25% lower than the capital’s) as well as a high employment rate for graduates that only boosts both the student and residential markets.

House prices in Yorkshire and The Humber are set to increase by 18.8% in the next 5 years, the joint-most of any region in the UK. (Savills, 2021)

Sheffield property prices have increased by an impressive 14% in the last two years (Rightmove, 2022)

40% of students choose to stay living in Sheffield followign the completion of their studies (Knight Frank, 2021)

Are you interested in investing in Sheffield buy-to-let property? Get in touch with us today! 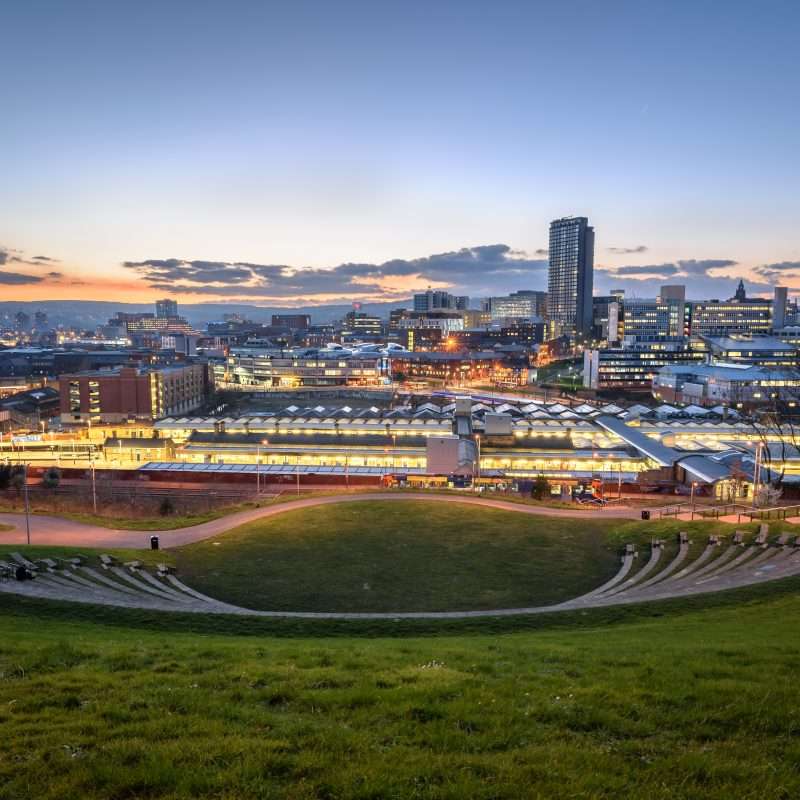 Is Sheffield good for investing in property?

Sheffield is one of the UK’s leading cities when it comes to investing in property. House prices in the region have increased drastically over the last few years and look set to do so for the foreseeable future whilst rental yields are also extremely strong. The city benefits from a young working population that is consistently growing thanks to a high number of students choosing to stay in Sheffield after graduating. This added demand for rental property in the city makes Sheffield one of the finest places to invest in property in the UK.

Are house prices rising in Sheffield?

House prices are indeed rising in Sheffield, and look set to continue for the foreseeable future. According to HM Land Registry’s UK House Price Index, in the year to December, average house prices in Sheffield increased by an impressive 9.6%. This was better than the likes of London, Birmingham and Preston to name a few. Prices look set to continue to rise in the coming years, with Savills forecasting a massive 18.8% house price increase in Yorkshire and The Humber, massively spurred on by the booming Sheffield market.

What is a good rental yield on a buy-to-let?

The rental yield on a buy to let property is essentially the percentage of the total cost of the property that you receive in rental income over the course of a year. The average UK rental yield currently sits at 3.63%, so anything above this can be considered as good, however with rental yields across the UK are varied depending on the region, with higher yields available in more Northern regions compared to those in the south.

We have buy-to-let investment opportunities in Sheffield and other favourite locations such as Manchester and Liverpool!