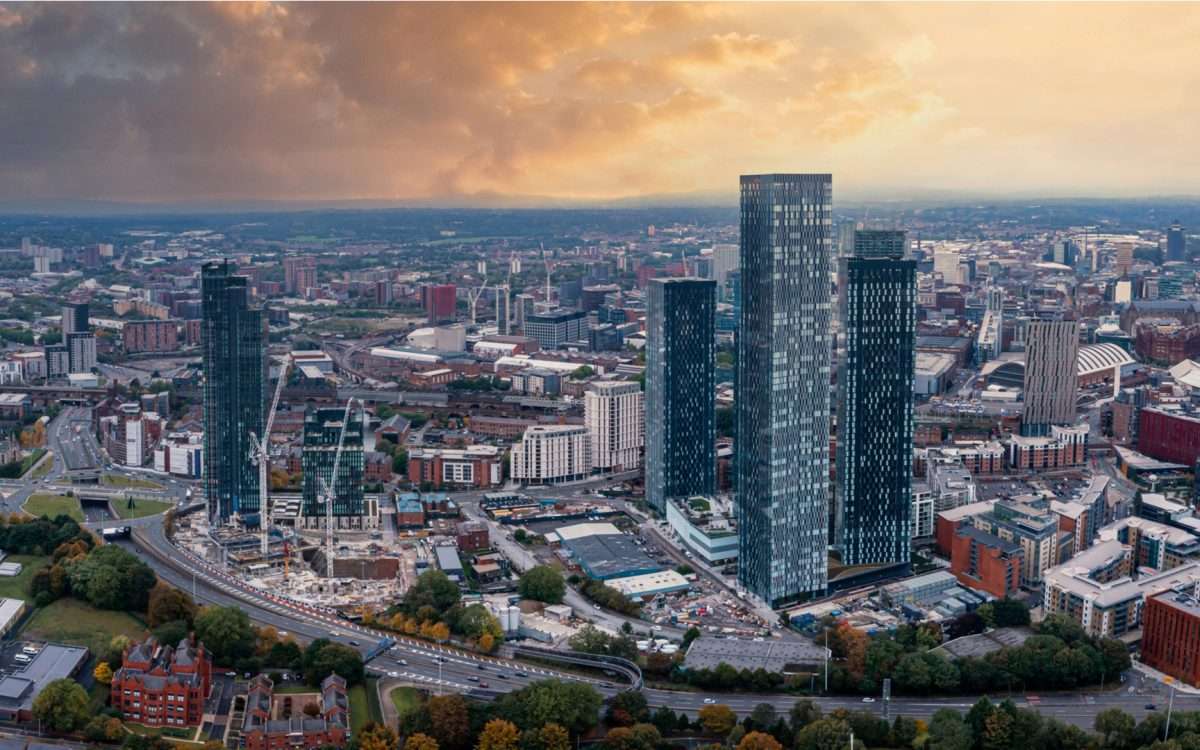 Whilst the city has long been near the top of the best buy-to-let locations, the ongoing Manchester regeneration revolution is massively pleasing property investors looking to invest in the area.

With a number of world class universities and one of the fastest growing local economies in Europe, the city has been soaring in popularity since the early 2010’s and inward investment has been climbing ever since.

Those of us with a longer memory may even remember chancellor George Osborne’s famous Northern Powerhouse speech in the city back in 2014, promising to invest heavily into Manchester and the surrounding areas across the north to link them more closely in things such as transport and business cooperation.

Whether that was ever successfully implemented is up for fairly fierce debate, and whilst it’s undeniable that the economy of northern England is flourishing, how much of that is a result of intentional government policy, or of northern investors doing it themselves depends on perspective.

Benefits of the Manchester regeneration revolution

One example of this renewed local drive is Manchester Mayor Andy Burnham bringing the bus network into closer step with town hall and the local councils, allowing them to cap fares and ensure better bus routes that serve the city better.

According to the BBC, “The region will be the first area outside London to have a regulated bus system since the 1980s.

Mayor Andy Burnham tweeted: “The era of people paying £4 or more for a single journey is coming to an end.”

Wigan, Bolton and parts of Salford will be the first areas to get regulated services from autumn next year.

Bury, Rochdale, Oldham and areas of north Manchester will follow in spring 2024, with Stockport, Trafford, Tameside, south Manchester and remaining parts of Salford following by the end of 2024.”

This follows steps by Liverpool, Leeds, Newcastle and others to push the government for more rail investment and closer transport ties to reflect the flourishing local economic environment.

This has led to a surge of demand in the area for high quality buy-to-let and off plan property investment.

Following the pandemic many people are looking to move back into the city and the surrounding areas, making the most of the lifting of restrictions, meaning that there are even more people looking for limited rental property resources.

Price growth, rental growth and rising yields mean that investors are flocking to the city and we’re seeing a huge upturn in demand for these opportunities.

If you’re interested in investing in Manchester property then why not get in touch with us today?