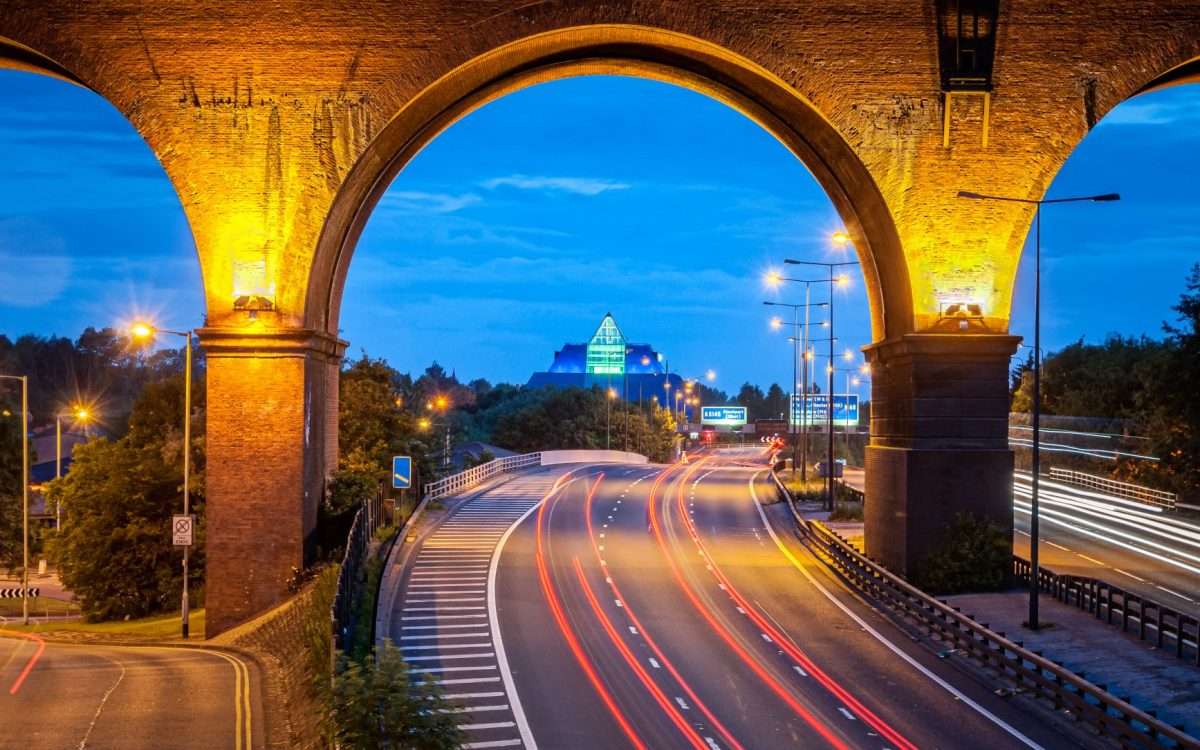 Stockport is currently undergoing a regeneration Masterplan so take note in you’re looking to invest in property this year. The council have revealed the full extent of their plans for the town centre, which is set to include around 3,500 homes, one million square foot of office space and a myriad of new apartments. The plan is well underway with numerous developments in recent years beginning to bring some life back to what seemed to be a drastically declining town. Nowadays, Stockport is seen as one of the fastest growing economies in the North West and is only going to improve.

The most prominent recent development is without a doubt the Red Rock leisure complex. The £45 million build consists of several attractions for both locals and visitors, including The Light Cinema, Zizzi, Pizza Express, Berretto Lounge, Mangobean, The Gym Stockport and an on-site car park. The Red Rock complex’s success in such a short amount of time has already paved the way for an extension of the Light Cinema – adding 4,400 square foot to open two additional screens. Red Rock is only the start of the regeneration in the centre. There are multiple upcoming projects that will only benefit the economy and continue to make Stockport an extremely appealing place to both visit and live – resulting in an extremely exciting property market to invest in.

Stockport Interchange is an extremely ambitious transport interchange that will be situated in the shadow of the famous viaduct in the town, acting as a centre for transport to and from Stockport. It is also possible that in the future, Greater Manchester’s Metrolink network could even pass through, with the Town Hall chiefs believing that it’s a matter of ‘when, not if’. The interchange will feature a bridge over to Stockport train station, a new cycle hub and a new link road between the A6 and Travis Brow – meaning Stockport will be even more accessible than ever.

Stockport’s Merseyway Shopping Centre is another integral part of the centre that is undergoing an overhaul. The shopping centre has been open since 1965 and was always an extremely popular place to shop, however in recent years it’s popularity and success has dropped tremendously after a number of high-profile store closures. The council, however, believe that they can restore Merseyway to its former glory and bring some life and interest back to the centre itself. The redevelopment will focus on creating community and welfare facilities in the town centre – including a hotel lobby-style entrance, new stairs and lifts in the centre and redevelopments of a large number of existing retail units. Merseyway’s development is part of ‘Stockport Masterplan’ and would see the Merseyway link to the town’s new transport interchange upon completion.

With the modernisation of Stockport’s centre already underway people can often forget about Stockport’s Old Town. The area is home to Stockport Market Place, the famous Hat Works, the Air Raid Shelters and a few independent cafes, pubs and restaurants. In recent years the area has suffered, resulting in the council deciding to invest and give the Old Town a £7 million redevelopment. The idea is to transition the area into the go to place for smaller independent shops and businesses – the transformation of ‘The Produce Hall’ into a food hall earlier this year offers a taste of things to come, as well as opening up opportunities for more independent vendors. The historic charm of the Old Town will still remain and offer a nice juxtaposition to the ever-modernising centre.

The economic rewards are already clear to see within the last few years. In 2018, Stockport ranked as the third largest contributor in terms of GVA to the Greater Manchester economy, after Manchester and Trafford. Stockport also displayed higher than average economic and employment activity areas. 82.7% of the working age population are economically active compared to the North West average of 76.9% and the UK average of 78.3%. As for employment, 80.5% of Stockport’s working age population are in a job, much higher than the North West (73.8%) and the UK (75%) averages once again.

It is clear to see the immense potential Stockport has to offer, with an economy on the rise, large investments being made to allow exciting developments to move forward and an above average economically active and employed population. Now is the perfect time to invest in the Greater Manchester town. Are you looking to make a buy-to-let investment in this exciting area? Take a look at this fantastic investment opportunity!